The history of graphic design 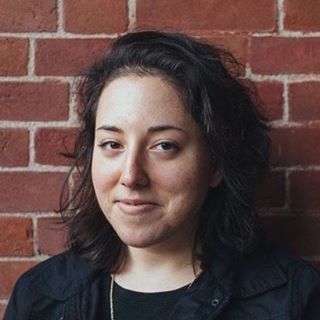 Graphic design is visual communication. Understanding the history of graphic design will help you realize key design trends of the past and how to shape them in the future. Let's dive into the rich history of design.

What is graphic design?

First, let’s begin with defining what graphic design is. The term “graphic design” is broad and is often used to categorize various disciplines of design including digital and web design. But traditional graphic design is print design like posters, book covers, magazine layout, advertisements, package design, as well as logo and branding.

Essentially, as a graphic designer, you take visual content like illustrations or photography and combine them with typography to communicate a message. The key is communication. But where did graphic design come from originally and how has it evolved over time?

A prologue to graphic design

Before we get into the specific art and design movements that played a key role in the visual style of graphic design as we know it, let’s start with the earliest form of visual and written language and how we distributed our message through the invention of printing.

The first signs of visual communication

Historians trace the origins of graphic design to early cave paintings from about 38,000 BC. These early forms of cave paintings were how people communicated from one generation to another.

Subjects in these cave paintings mainly featured animals, handprints, weapons, and other references to hunting. While it’s unclear what humans were communicating, it’s obvious they were communicating visually.

The beginning of a visual language

The invention of printing

Of course, we can’t have graphic design without the invention of printing. As far back as 200 CE, China used woodblock printing to stamp designs on silk clothes and eventually on paper. In 1040, Bi Sheng invented the world’s first movable type printing press out of porcelain.

Johannes Gutenberg brought moveable type to Europe in 1439, introducing mass communication to Western culture. With the Gutenberg press, literature and literacy opened up to the masses, making it affordable and accessible. People no longer had to rely on lengthy scholarly reproductions of books. The Gutenberg press forged a path for more commercial uses of design, which led to the era of graphic design as we know it.

The industrial revolution, a period from about 1760 to 1840, introduced new technologies for increasing the efficiency and production of manufacturing processes such as lithography.

Lithography is a method of printing that involves inking your design into a stone or metal surface and transferring it to a sheet of paper. Eventually, this led to chromolithography which is simply lithography but with color.

The Wiener Werkstätte (which translates to Vienna Workshop) was established in 1903 by the painter Koloman Moser, the architect Josef Hoffmann, and the patron Fritz Waerndorfer.

The Werkstätte brought together architects, artists, and designers working in ceramics, fashion, silver, furniture, and graphic arts. They’re regarded as a pioneer of modern design and early influence in styles such as Bauhaus and Art Deco. As one of the first groups of professional artists working together, they influenced design standards for the coming generations.

Now you have a better idea of how graphic design began with the earliest form of visual and written communication. Let’s dive into some key influential art movements that helped evolved graphic design as we know it.

You may notice how these art movements influence trends and how some of them even come back into style. It’s important to have a solid understanding of the history of design so you can understand where these trends come from and how to use them in your design.

Art Nouveau (“New Art”) flourished in western Europe and the United States from the 1880s until the First World War. It was a deliberate attempt to abandon the historical styles of the 19th century.

Creators of Art Nouveau sought to revive good workmanship, raise the status of craft, and produce a genuinely modern design that reflected the utility of the items they were creating. One distinctive characteristic of the style is the use of organic, asymmetrical linework instead of solid, uniform shapes — applied across architecture, interiors, jewelry, as well as posters and illustration.

Bauhaus was an influential art and design movement that began in 1919 in Weimar, Germany. The Bauhaus school, founded by Walter Gropius, launched a new way of thinking.

Six months after the end of World War I, the school encouraged artists and designers to use their talents to help rebuild the broken society. The Bauhaus grammar — a triangle, a square, and a circle — evoked this back-to-the-basics mentality. They challenged everything, including the usual method of schooling.

They combined arts and crafts, classical and avant-garde styles, form and function. Bauhaus design incorporated minimalism, geometric shapes, and simple typography. While the Bauhaus bubble lasted for only 14 years, its influence remains in just about every aspect of modern life today.

Style, elegance, and sophistication are the epitome of Art Deco design. ARt Deco uses simple shapes, stylized and geometric ornamentation, and elaborate use of expensive materials, both natural and synthetic.

Spanning architecture, furniture, fashion, sculpture, and more, Art Deco encapsulates the decadent spirit of the 1930s. The Rockefeller Centre, Chrysler Building, and Empire State Building were all designed in the style.

Building on the rational approach of the Bauhaus, this movement is all about functionality and universality. The style emerged in Russia, the Netherlands, and Germany in the 1920s and was further developed in Switzerland during the 1950s. Designers developed a cohesive, unified Modernist movement that became known as the Swiss Design or the International Typographic Style.

Swiss design is minimal in nature. Minimalism has experienced a comeback in branding, UI design, and packaging. This trend is driven by influential companies such as Apple and Google who prioritize a clean, pared-back aesthetic above ornament and decoration. A vital contribution from the Swiss Design movement is their use of grids. Can you imagine designing for the web without one?

Primarily a British and American cultural phenomenon that gained traction in the late 1950s and 1960s, Pop Art was named by art critic Lawrence Alloway because of the way it glorified popular culture and elevated commonplace, often unremarkable objects to iconic statuses.

The pop art movement began as a revolt against the dominant approaches to art, culture, and traditional views on what art should be. Sources of inspiration ranged from Hollywood movies, advertising, product packaging, pop music, and comic books, rejecting the pretensions of “high art” in favor of bold, graphic printmaking.

Young designers of the movement questioned the “form follows function” philosophy associated with Modernism derived from the Swiss Design Style (or International Typography Style). Designers created freely, breaking rules of design with the use of collage, distortion, vibrant colors, and abstract type.

During the late 1970s, April Grieman became known for her postmodern experimentation with her typographic innovations and colorful collage style.

The introduction of digital tools provided a new, revolutionary way of creating graphic design. In 1984, Apple introduced the Macintosh computer. It used a simple, user-friendly interface that said “Hello”, inviting consumers to be a creator themselves.

Photoshop launched in 1990 as a graphics editing software anyone could use to manipulate images and make professional designs. Basic programs like Microsoft Paint made graphic art accessible to the masses.

These are just some of the many art movements throughout time. Do you notice how one art movement influenced the behavior of the next? One style of design may be popular for a while, say for example the Swiss Design style but then something like Postmodernism comes along and turns art and design completely upside down.

Similar to design trends, some will be popular for a while until eventually something else replaces them. Remember the gradients and bevels that existed in early app design when the iPhone first came about? Over time this design trend was replaced with a flat design aesthetic.

Logo and branding design is an important sub-category of graphic design. Without it, we would have no way to recognize companies, organizations, and our favorite brands. In this section, we’ll touch on the importance of signage, the first logos created, as well as one of the greats in corporate logo design.

Signage uses symbols and words to communicate a message. They’re typically a form of wayfinding information and are important to help people get around a location. Signage can range in large sizes like billboards and murals but they can also be smaller like street signage. But similar to graphic design, the key is communication.

Some of the first signs of modern signage can be attributed to the Greeks and Romans using stone or terra cotta to create signs with symbols. Often signs were used to show membership to specific groups like religious affiliations. After the Dark Ages, commerce expanded along with the need for signage. In 1389, King Richard III of England passed a law that any establishment that sold ale must place a sign outside of its building.

Logos (abbreviated for logotype) is a graphic mark, an emblem, or symbol used for identification. Today, a company’s logo is synonymous with its trademark or brand. The beginning of logo design can be traced back to many origins such as seals, coins, coats of arms, watermarks, and more.

The first logo ever to be trademarked was the Bass red triangle in 1876 for The Bass Brewery. It featured a red triangle with the “Bass” text in a script similar to the well known Coca-Cola lettering.

This trend of trademarking company logos continued steadily with the invention of television and mass communication. The concept of logos hasn’t changed much since ancient times, they are still used to convey a message for a brand visually, without language.

Paul Rand is considered one of the pioneers of design. No graphic design history would be complete without mentioning how he redefined the corporate logo. He’s famous for his logo redesigns for companies such as IBM, Westinghouse, ABC, NEXT, and UPS.

“Before Paul Rand, the copywriter was the lead,” says Donald Albrecht. The copywriter would supply the words which would dictate the layout of the ad, often drawn from one of several templates or pre-determined formats. The visuals would be filled in later by commercial artists who typically just illustrated whatever the copy was describing.

Rand sought to bring a radically different approach to the job. As he saw it, an ad’s effectiveness lay in the way words and images were combined on the page. Rand fused words and pictures into one symbol.

Rand introduced a crucial new ingredient into commercial art: form. By paring down copy and adding white space to his compositions, Rand made his advertisements stand out from the dense copy surrounding them. He brought art to advertising.

The future of graphic design

As graphic design has evolved over time, it’s become more specialized with the necessity for new fields in design. Advertising and print design were once the core of graphic design. With the invention of the computer, Photoshop, and the Internet, a surge of new design disciplines emerged. Web design, interactive design, UX and UI design, and product design to name a few. Even though these are specialized fields within the design community, they all stemmed from graphic design.

Now that you understand the rich history of graphic design, what about the future of design? How can you continue to grow as a designer, be prepared for how design shifts with trends in the future, and continue to be in demand as a designer? Consider checking out one of our courses to learn the art and business of web design. You’ll build high-value skills not only in design but learn the business side if you want to thrive as a freelancer.

FREE WEBDESIGN COURSE IN YOUR INBOX

Start growing your business today with Ran’s High-Value Web Designer Secrets email course that teaches you the three most significant things he’s learned as a freelancer.

Thank you! Your submission has been received!
Oops! Something went wrong while submitting the form.